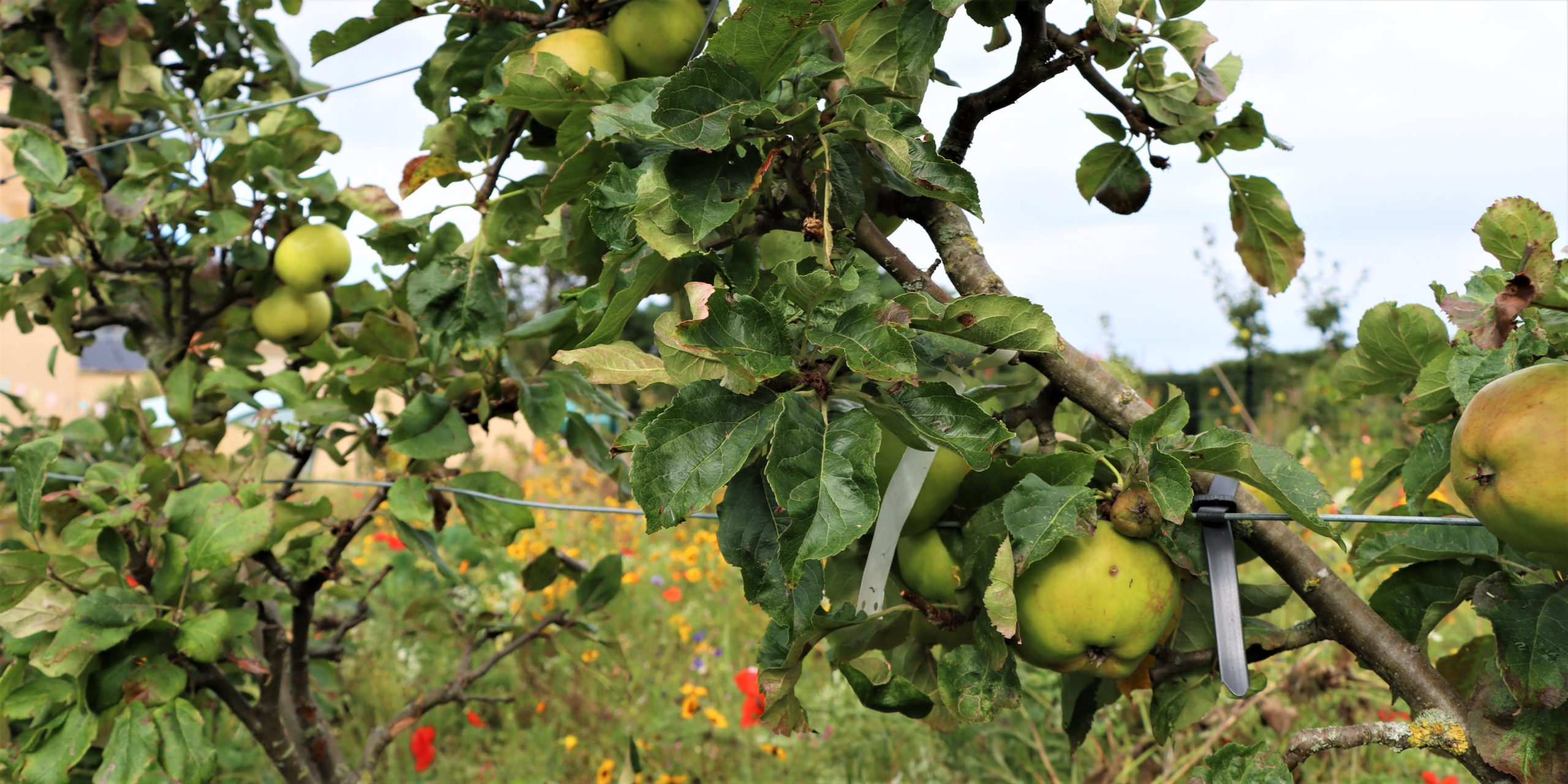 Blazing the apple trail in Edinburgh

Having spent much of this year sequencing apple genomes, the Darwin Tree of Life team is particularly excited for Apple Day, held annually on October 21st. Not only have we sequenced the genome for the European crabapple (Malus sylvestris), the wild ancestor of the apples we eat today, but we also have four reference genomes for the domestic apple (Malus domestica). Plus, we have produced resequencing data for 43 cultivated varieties (cultivars) from across the UK — adding to our understanding of apples which have previously been studied by genomicists.

The Royal Botanic Garden Edinburgh, one of the DToL partners, started the celebrations early at their Harvest Festival with a DNA trail exploring the apple’s evolutionary secrets. If you missed the event, read on as we peel away the centuries to reveal some crunchy facts at the core of humanity’s relationship with this popular fruit.

It is easy to imagine the ancestors of the apple trees in the Royal Botanic Garden have always been in Edinburgh, and that the apple is a native Scottish tree. But in fact the domestic apple is a product of travel and trade, of accidents in hedges and painstaking hard graft. The ten-thousand-year story of the apple is told in its DNA, and researchers on the DToL project — working in the Garden and elsewhere — are using the latest technology to uncover its secrets.

Apples first colonised Scotland thousands of years ago, after the last Ice Age. These wild apples, known as crabapples, are still found in the country today and are much smaller and generally sourer than the apples we are familiar with. Nevertheless, Scotland’s miniature apple, also found throughout Europe, is at the core of the apple’s origin story.

The apples of Heavenly Mountain

Scientists studying apple DNA have traced the origin of our domestic apple to Asia. In the forests of the Heavenly Mountain (Tian Shan) the Central Asian wild apple can look much like our familiar fruit. Thousands of years ago people and animals on Heavenly Mountain picked the largest, sweetest fruit. This was the first step on the road to domestication.

Along the Silk Road

People and animals spread apples as they travelled. An ancient trading route called the Silk Road passed from China to Turkey through the Tian Shan mountains. People travelling this route picked up apples to eat along their journey, bringing the Central Asian apple west. Discarded seeds from these Silk Road apples grew into trees, and these crossed naturally with wild apple species in Siberia, the Caucasus and Europe (remember Scotland’s native apple?) enabling apples to adapt and adding genetic variability.

An explosion of names

A eureka moment in the apple’s domestication was how to deal with the unpredictable characteristics of trees grown from pips. The solution was cloning trees with tasty fruit by a process called grafting; something that was mastered by Roman times and led to the naming of cultivated varieties (cultivars). More than 7,000 apple varieties are known worldwide!

Keeping it in the family tree

Apples are in the rose family, which includes many familiar fruits. Apples and some other close relatives have what is called a pome fruit. Pomes have one or more seeds surrounded by a fleshy covering that attracts animals to eat the fruit and disperse the seeds. Until the last few decades the only way to understand the relationships between these different fruits was by direct observation, but scientists can now use DNA to improve their family trees.

The entire genetic “blueprint” of an apple, known as its genome, was first published in 2010. By analysing and comparing genomes from different apples, scientists can improve our understanding of the genes responsible for qualities like flavour and disease resistance. We can use this knowledge to have greater control over apple breeding and farming techniques. Darwin Tree of Life is continuing this work, and the data produced will help examine the relatedness and origins of apples. Useful genes may be found in wild apples and among the thousands of cultivated varieties.

A whole lot of lab

Twenty-five cultivars from the Garden’s apple collection have been successfully sequenced as part of the project. To sequence the DNA of our apple varieties, leaves from the Garden’s apples were collected and sent to the Wellcome Sanger Institute in Cambridgeshire. Sugars and proteins, as well as other chemicals in the leaves, were removed and the long strands of DNA were carefully extracted. High-powered machines are then used to read the millions of letters of the apples’ DNA.

The DNA extraction and genome sequencing of the Garden’s apples will allow us to deeply investigate genetic diversity between varieties. Where exactly in the genome do we see differences? How does this impact the physical tree and fruit? By unpicking the secrets of our apples’ history, as recorded in their DNA, we can understand and protect the incredible diversity of these fruits for generations to come.

This article has been adapted from the original written by Max Coleman and published here on ‘Botanics Stories’ on the Royal Botanic Garden Edinburgh website.