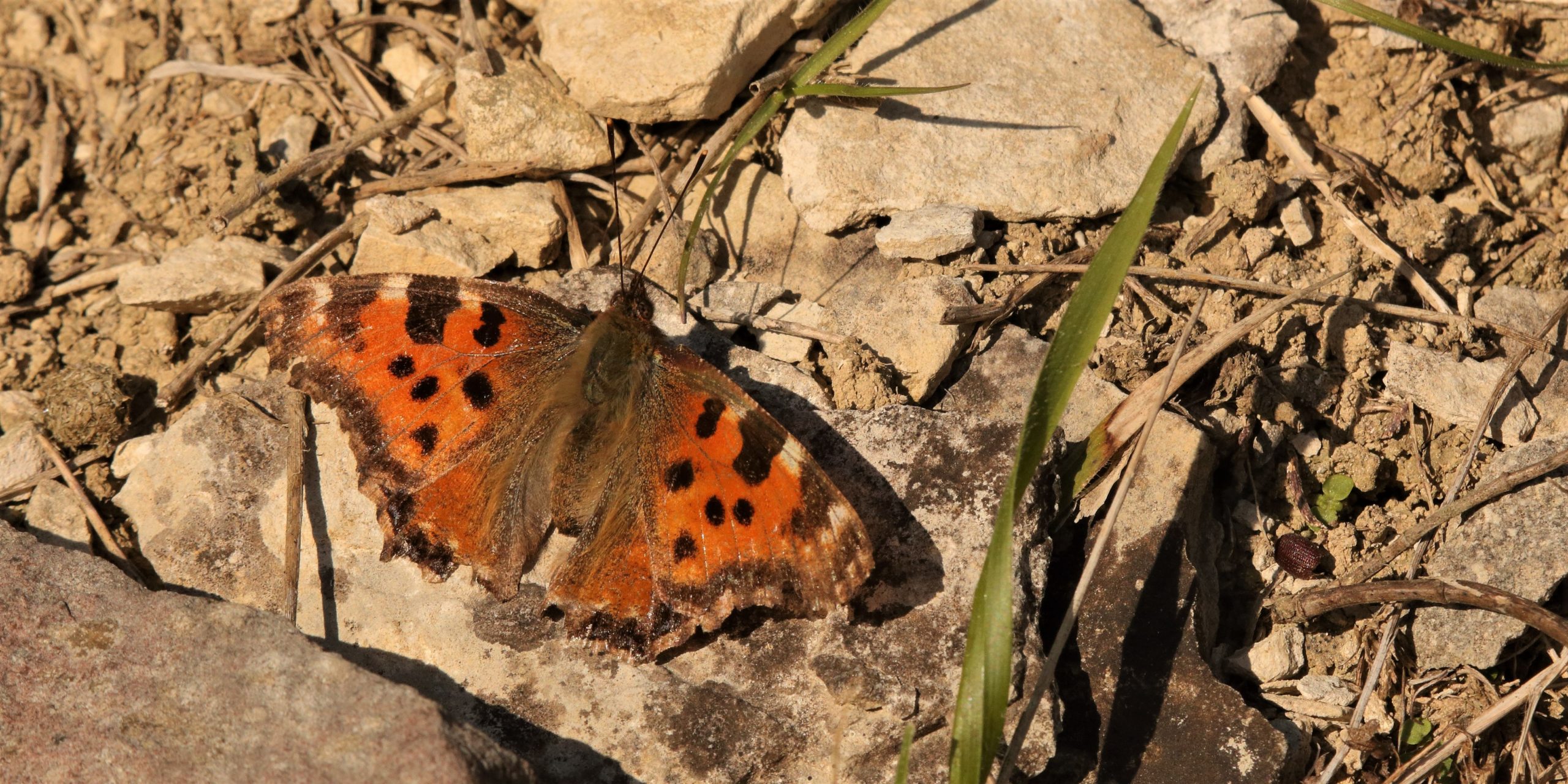 The large tortoiseshell butterfly (Nymphalis polychloros) used to be a fairly common sight in the UK, until – over a short period in the 1950s – it seemed to just fade away. The mystery of this sudden disappearance has never been satisfactorily solved.

And now a new puzzle: in the last couple of years the large tortoiseshell has made a dramatic reappearance and is suddenly breeding in several sites across southern and eastern England. Again, scientists can only speculate why.

Will Langdon, a dogged lepidopterist based at the University of Oxford, has been on the N. polychloros case for several years. His big breakthrough came in June 2020 when he travelled to Portland, Dorset, and discovered the tell-tale evidence of webbing produced by large tortoiseshell caterpillars – a sure sign the species was breeding again.

“It was a real thrill. I think everybody knew they were breeding around there, but nobody had found the webbing where the larvae feed. So I was very lucky.”

Will, who has also helped on moth collections for Darwin Tree of Life at Wytham Woods, was tipped off by several sightings of adult N. polychloros among the vigilant network of local enthusiasts. Following the sighting of a single female in 2018, fresh adults were spotted the following spring – suggesting the species had bred and overwintered. In 2019, a caterpillar was spotted in the nearby town of Weymouth.

But no one had found one of the webbed breeding sites until Will’s discovery. This year evidence has been found of large tortoiseshells breeding in Norfolk and Sussex as well.

Why did the species disappear?

As the species was disappearing in the UK, its numbers also dramatically reduced elsewhere in northwestern Europe. It didn’t go out with a bang, as Will explains, but rather “faded away very gradually” after its final boom years during the sunny summers of the mid-1940s.

“It’s such an intriguing butterfly. Why did it go extinct? No one really knows. It feeds on really common plants, like elms, so people always ask why we can’t just release loads and get them back. But clearly it’s more complicated than that.”

Several culprits have been suggested. Some sort of parasite? The impact of Dutch elm disease? Will isn’t convinced by either. Perhaps a change in climate played a role, with the species seemingly doing well in hot summers.

Why did it come back?

There is a long history of migrant N. polychloros adults crossing the channel. What’s more, the numbers of large tortoiseshells were increasing in places like the Netherlands and Belgium during the years immediately before its British reappearance. Again, a change in climate has been suggested as the reason these butterflies are choosing to breed in England once more.

“Maybe the large tortoiseshell is one of the winners of a changing climate,” says Will. “However, that may be in contrast to the small tortoiseshell, which is a relative loser because it doesn’t do well in dry periods. So there’s a potential trade-off between the species.”

A more cynical theory is that the new breeding colonies are the result of releases by local butterfly keepers. Certainly, Will says, several wild rumours are circulating in lepidopterist circles on the south coast.

Did N. polychloros ever really disappear?

While widespread breeding certainly seems to have ceased over the past six decades, large tortoiseshell adults have been sighted fairly regularly, with a notable spike in 2007-2008. A single caterpillar was even reported in Cornwall in the 1980s. Again, such sightings could either be the result of stray migrants crossing the channel or releases by humans.

N. polychloros was somewhat of a holy-grail sighting among lepidopterists even before its dramatic decline, thanks to its illusive behaviour. The species is a bit of a wanderer, living at low densities with no obvious locations where they can be reliably spotted year after year. They are also arboreal, often fluttering around the treetops out of sight.

And of course, it can be mistaken for its more common namesake Aglais urticae – the small tortoiseshell (the Genome Note for which has also recently been published).

A high-quality assembly of the large tortoiseshell genome has recently been published in a Genome Note by Darwin Tree of Life, freely available to researchers worldwide. Could this help crack the case?

Roger Vila, an expert on the evolution of European butterflies based at the Institute of Evolutionary Biology (IBE) of the Spanish National Research Council (CSIC), thinks there are several avenues to explore.

“Having the genome may help in figuring out if the two British populations – past and present – were related, their origin, and why the species disappeared in the first place,” he says. “Also, this species has some interesting ecological characteristics, like overwintering as an adult or being able to feed on different plants as a caterpillar. The genetic regulation of these behaviours and their evolution can now be properly explored.”

The Darwin Tree of Life Genome Note for Nymphalis polychloros has been published to Wellcome Open Research.