Majestic marine worms under the microscope

Among the fascinating coastal creatures collected by the Marine Biological Association for the Darwin Tree of Life project are a staggering variety of marine worms. Kesella Scott-Somme, Research Assistant at the MBA, takes a light-hearted look at some of the team’s favourite DToL species, as revealed under their microscopes. For more marine worms, and other sea-life snaps, check out the MBA’s Twitter feed @theMBAUK. 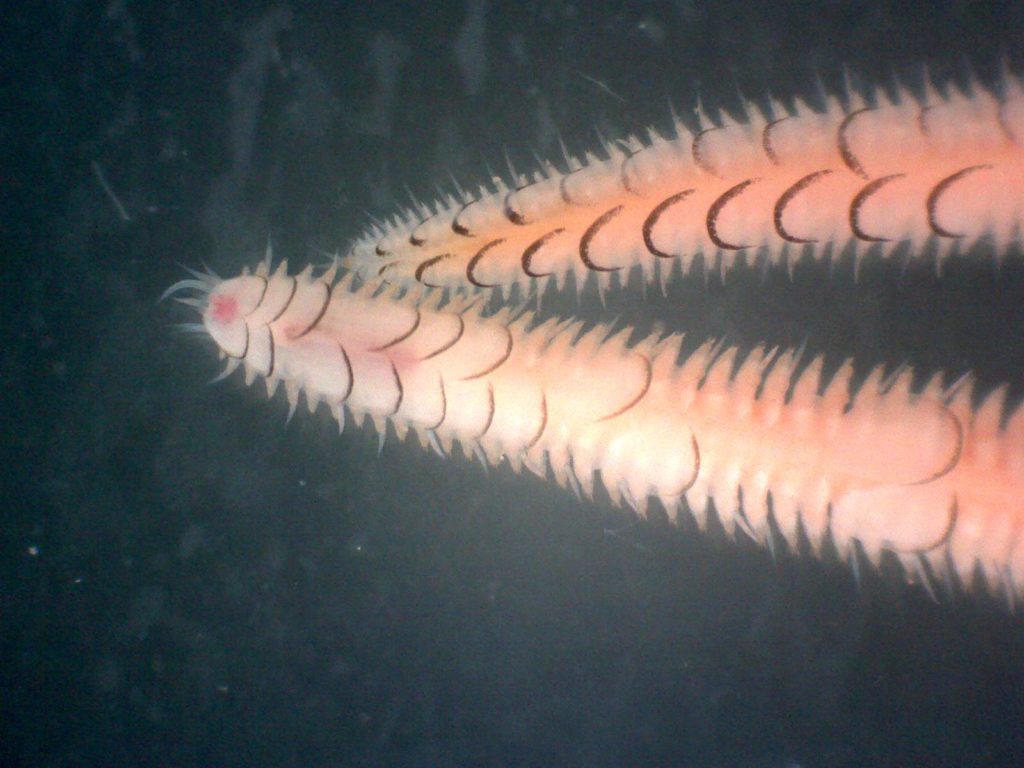 A type of scale worm, a group named for the little scales all over their body. This one is a very pretty parasite that we found feeding on the underside of an Astropecten starfish. Nature is beautiful but brutal! 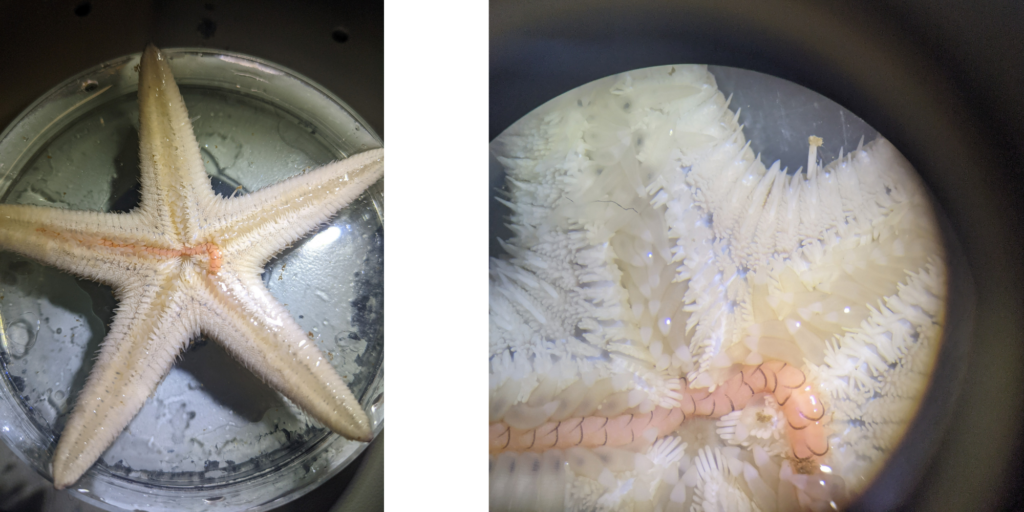 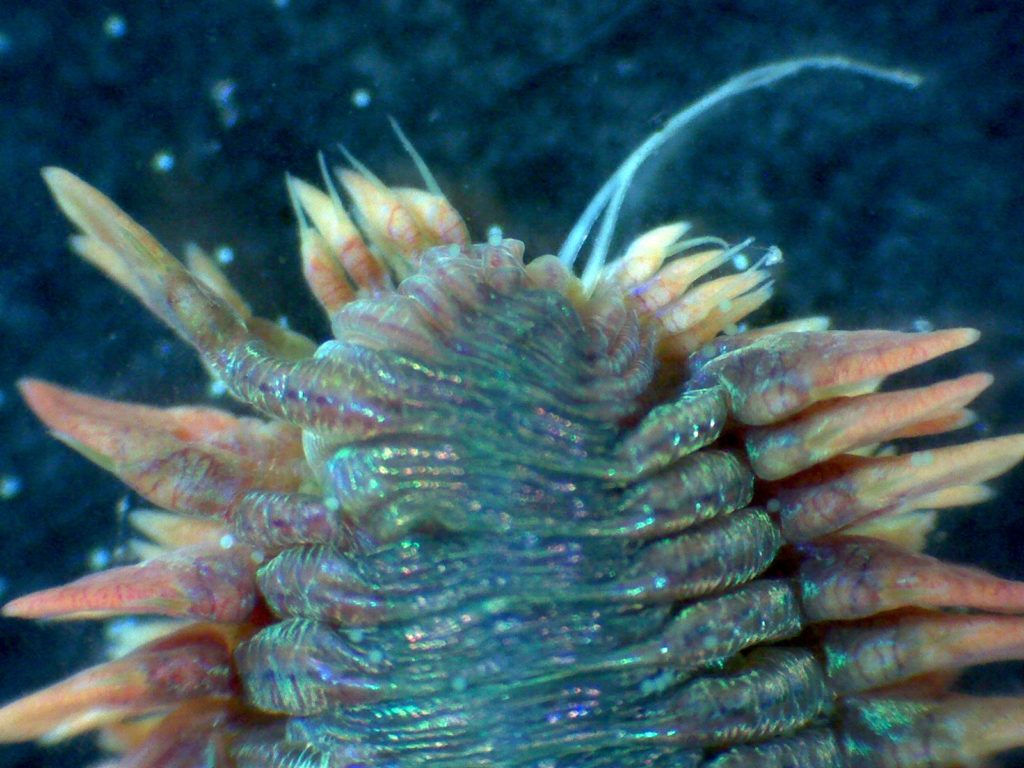 Also known as the king ragworm, this species is caught in huge numbers to be used as bait during sea fishing. It likes to live in sandy or muddy shores, where it eats small animals and algae that lives in the sediment. This worm also has a nasty bite! 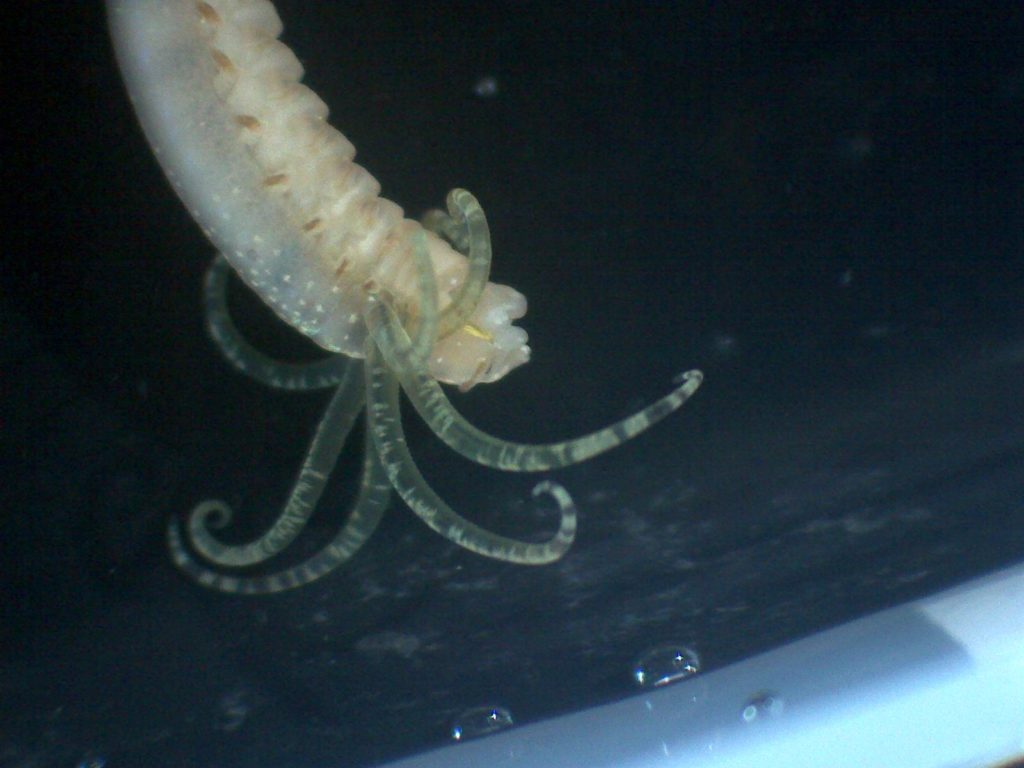 This species can be confused with other species in the same genus, but A.midas likes to live in shallower waters like those of the Channel. 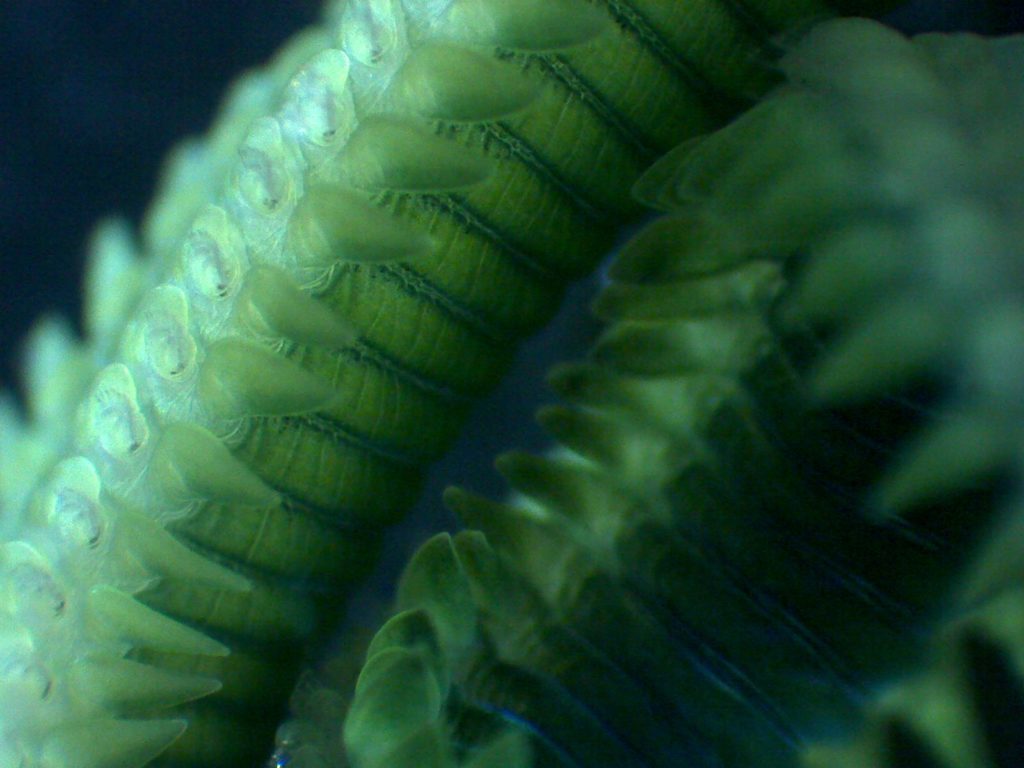 The beautiful green colour of this worm is how it actually looks – no filters here! 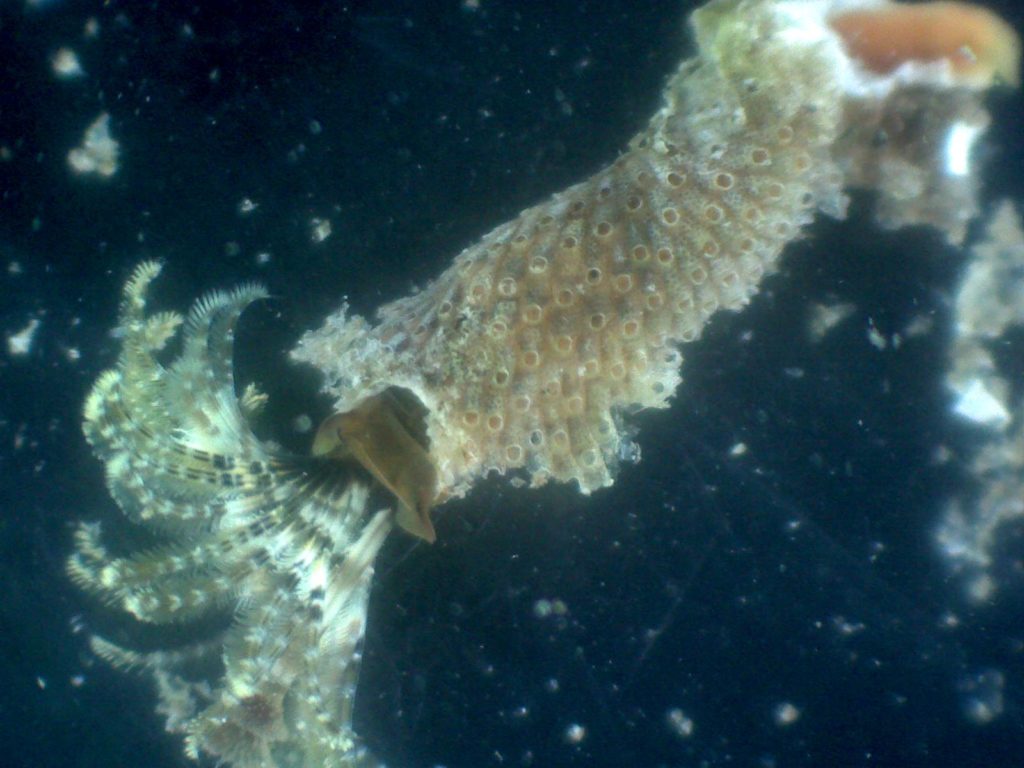 Commonly called the Australian tube worm, although its true native range isn’t known. These calcareous tube worms are successful invaders, causing problems in many parts of the world, where their ecosystem building is not appreciated on the hulls of ships, blocking power plant intakes and other pipes, as well as impacting natural habitats like lagoons, where they still the water and allow sediment to build up. These aggressive reef builders can initially improve the spaces they inhabit, by cleaning the water and creating new habitat, but they have mostly been found to cause problems wherever they are, disrupting the balance of native habitats and impacting on the local species. 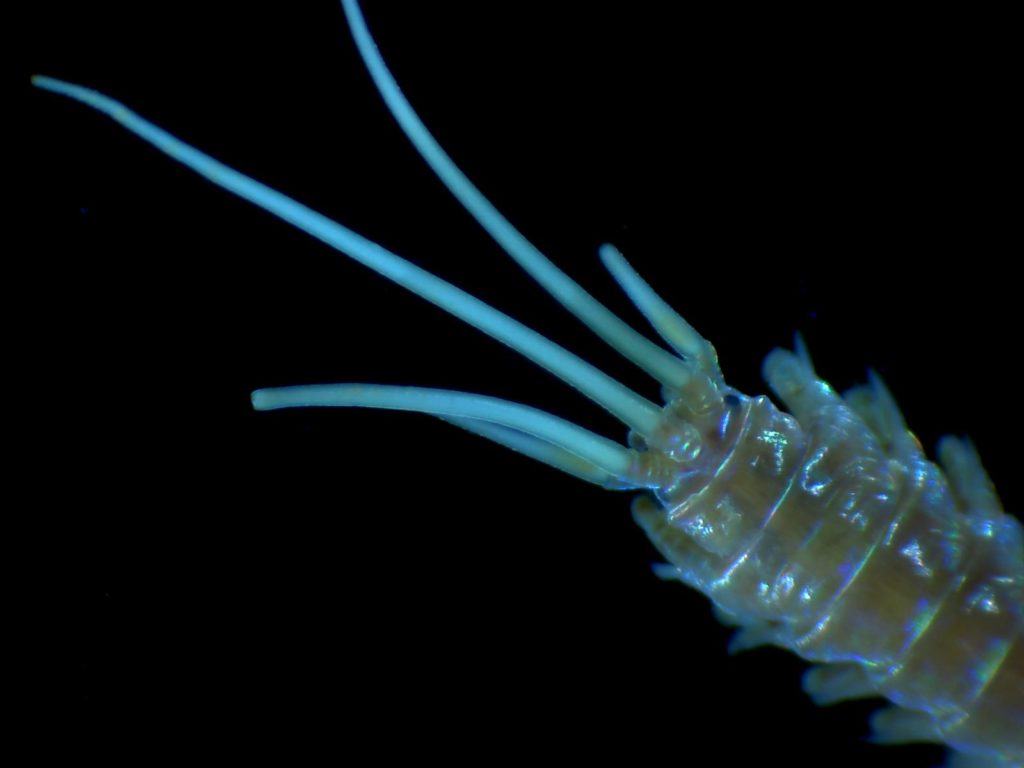 A species of quill worm, so called because they make a tube for themselves from secretions, which look very similar to quills – the lower part of a bird feather which used to be used for writing. 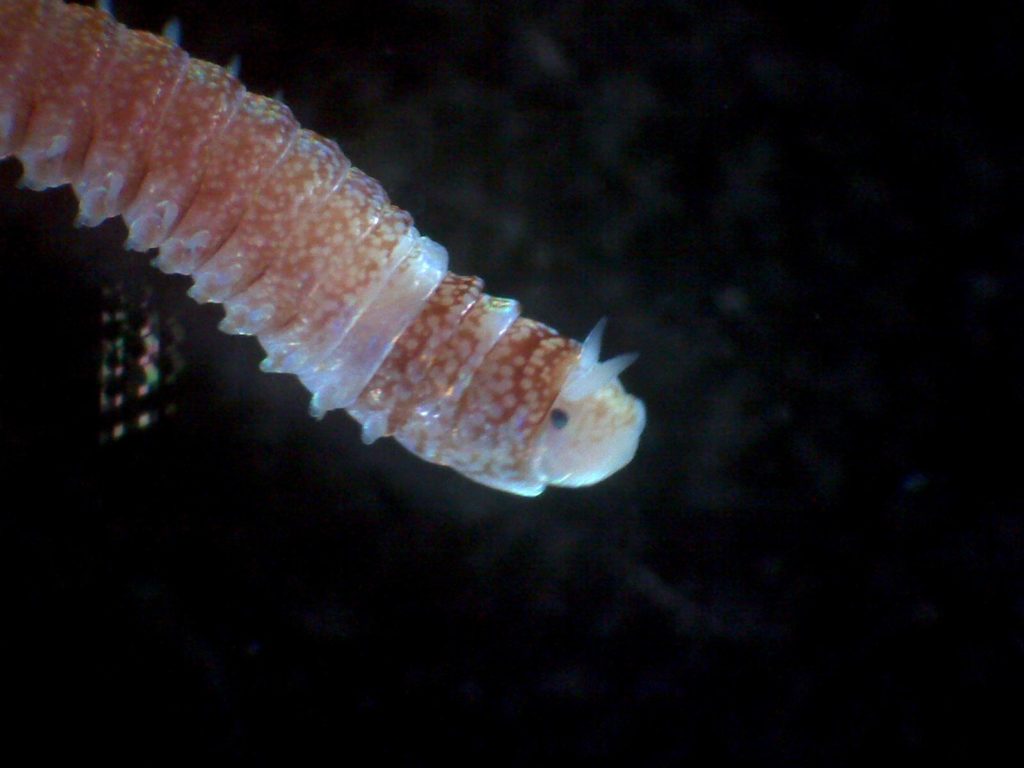 With its very nice face, we think it looks like a Pokemon, but we named it the vicar worm, for its very smart white collar. 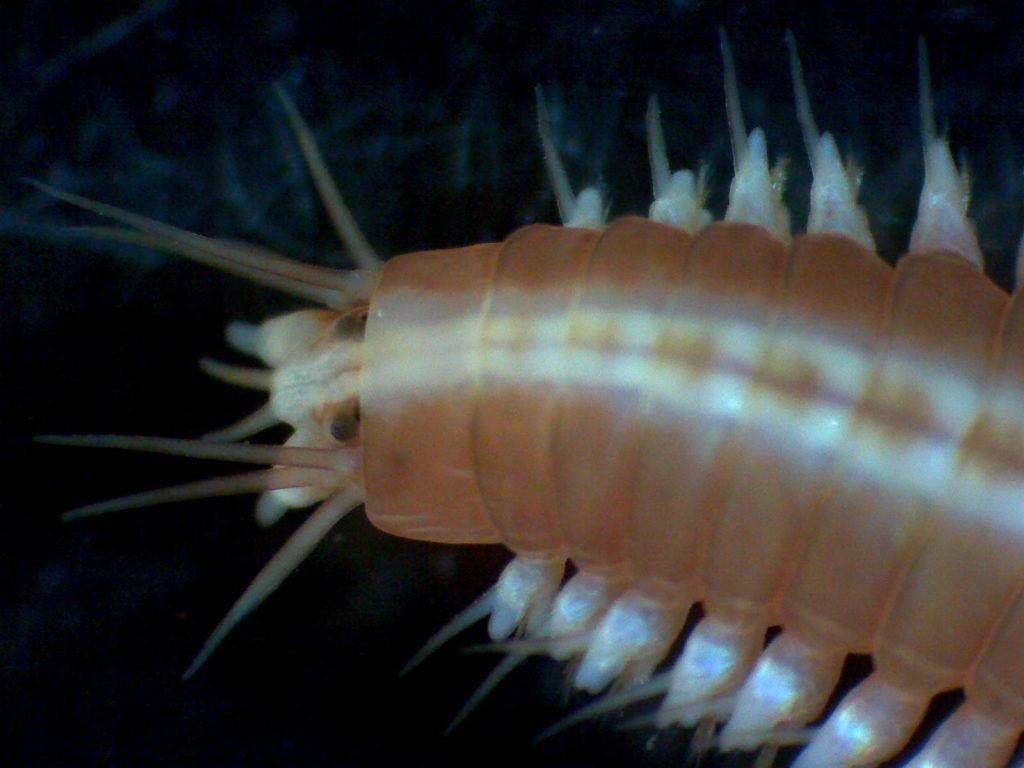 This worm has a best friend! They live in close association with hermit crabs, living inside the same shell and stealing scraps of the hermit crab’s dinner. The crabs don’t seem to mind though, recognising their worm and not attacking it. 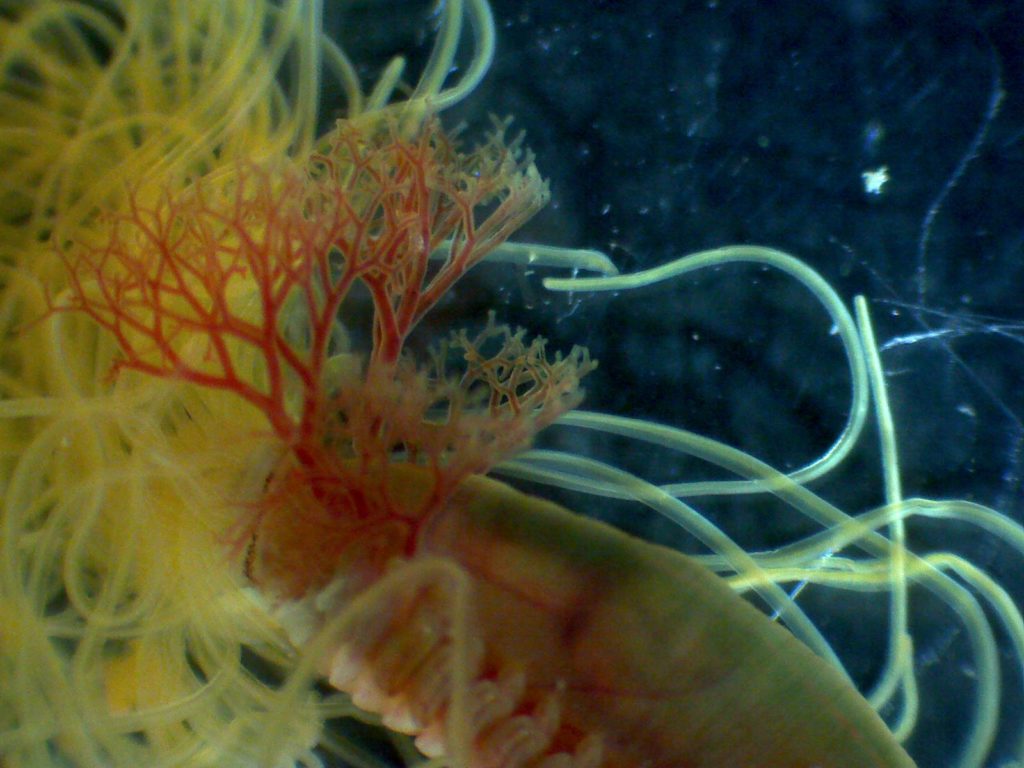 This terebellid worm has some very beautiful gill structures, we think they look a bit like antlers. 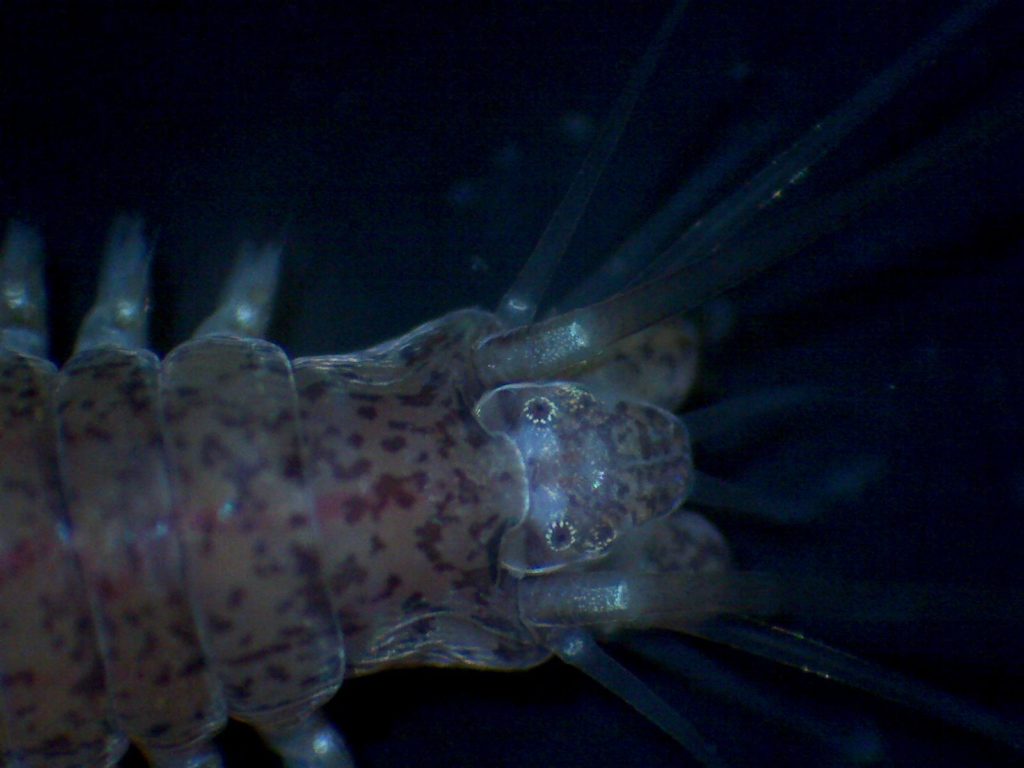 A ragworm that has a fairly widespread range, these creatures are biodiffusers, mixing organic matter in their ecosystem and filling an important ecological role. 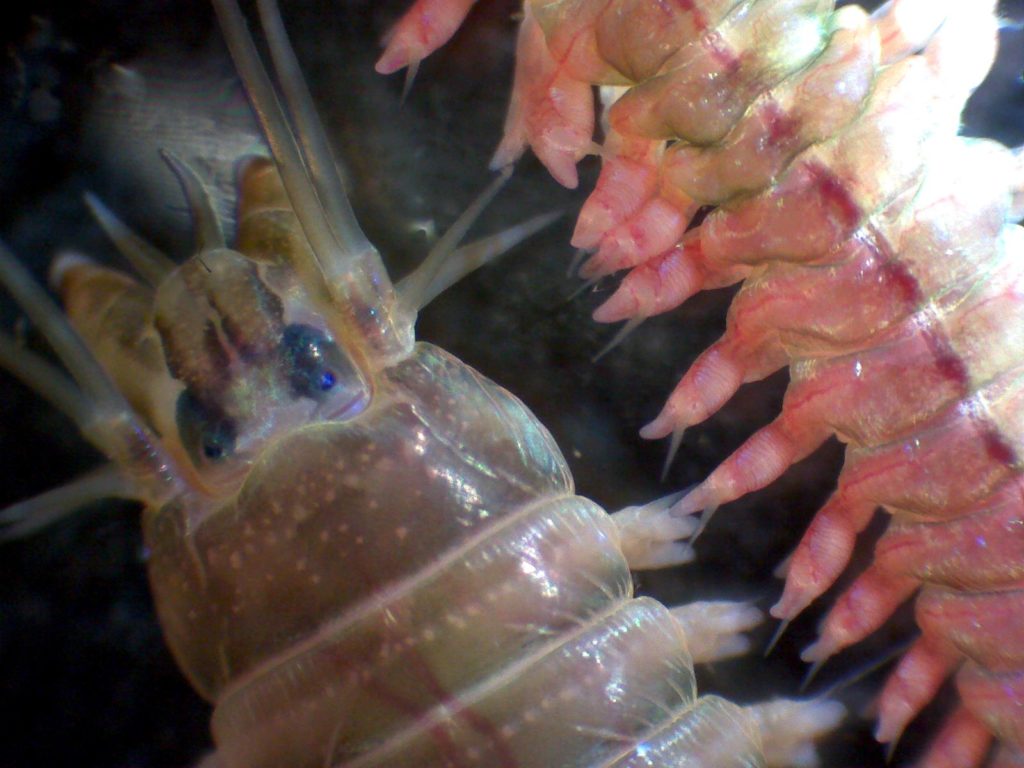 A semelparous ragworm, meaning that it will have one brood in its lifetime and then the parent will usually die. 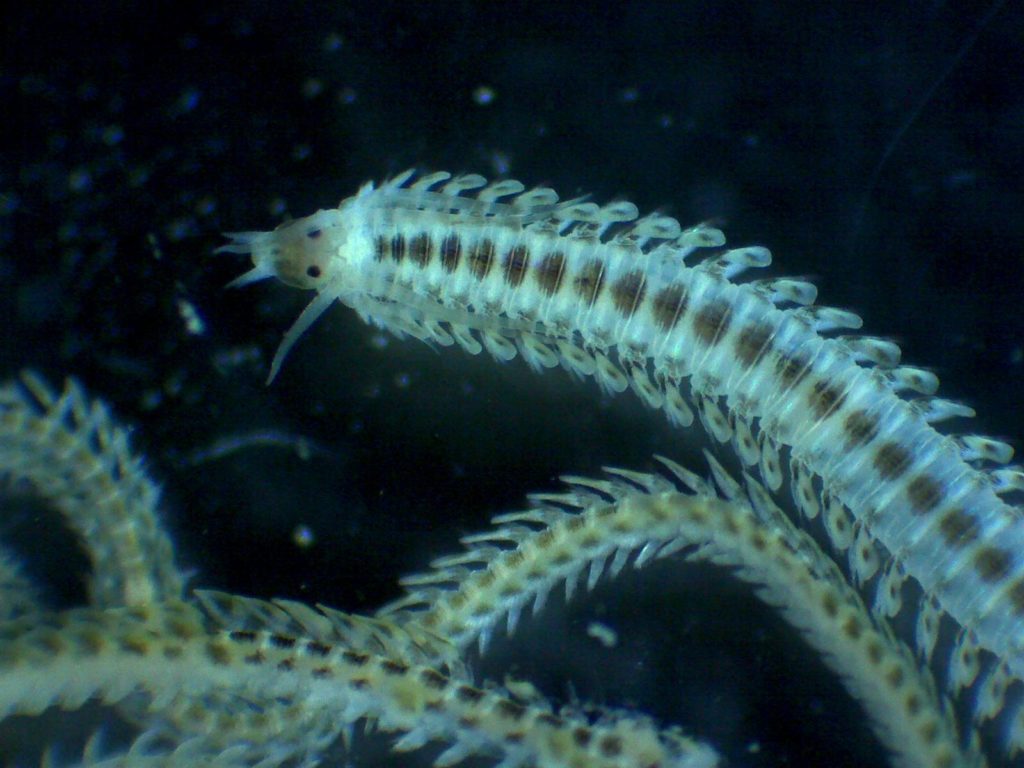 These carnivorous scavengers can sense a dead animal from 15m or more and can feed until they have increased their body weight by a third. Females can produce 10,000 eggs which they attach to seaweed fronds. 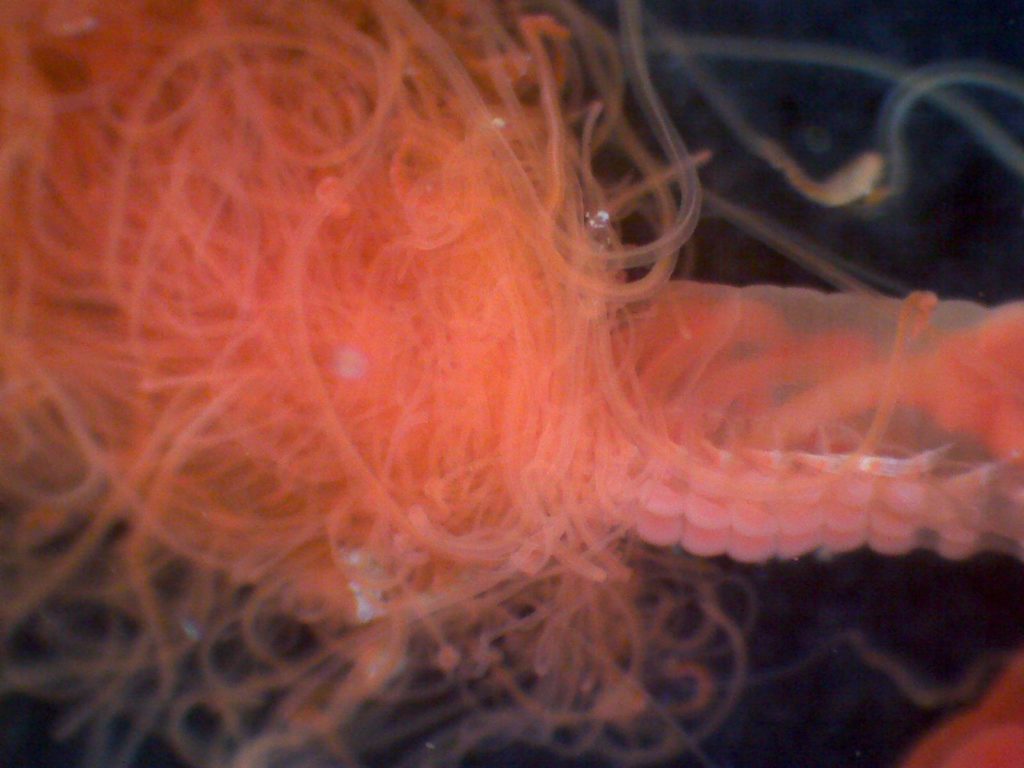 This colourful worm hides behind its tentacles, in the wild it lives in a mucous tube under stones and debris. 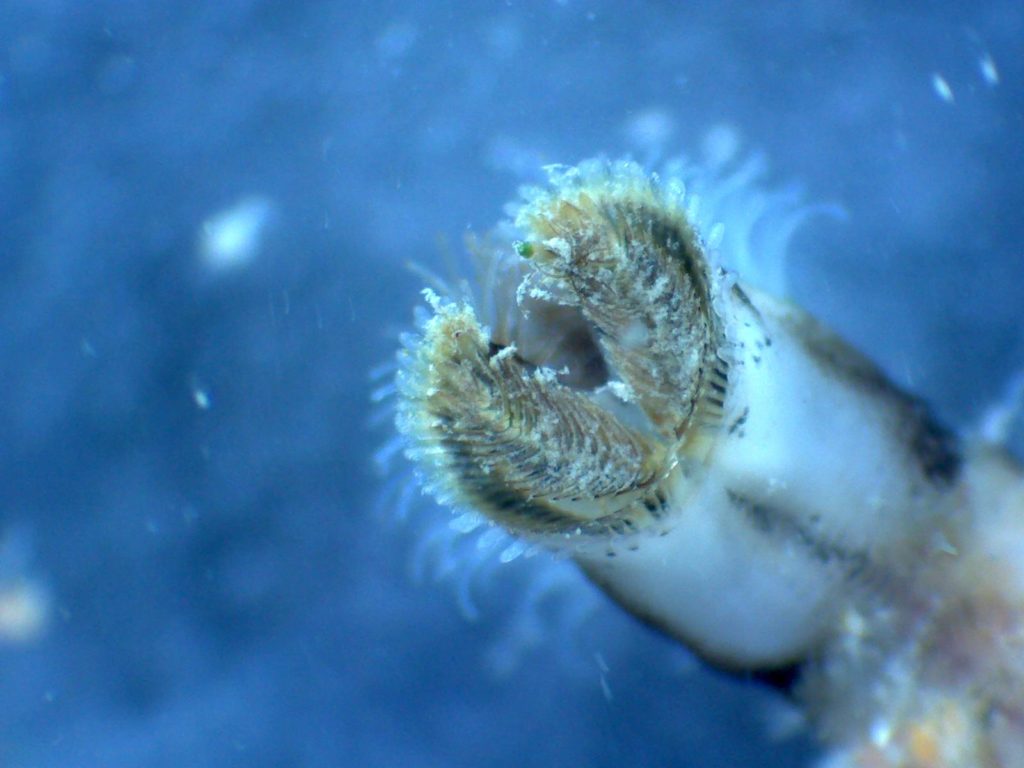 Commonly called the honeycomb worm for its amazing honeycomb-like reef-building abilities. It makes its tubes from sand, bits of shell and other materials, glued together with a mucus secretion. They often live together in high numbers creating these beautiful honeycomb reef structures. 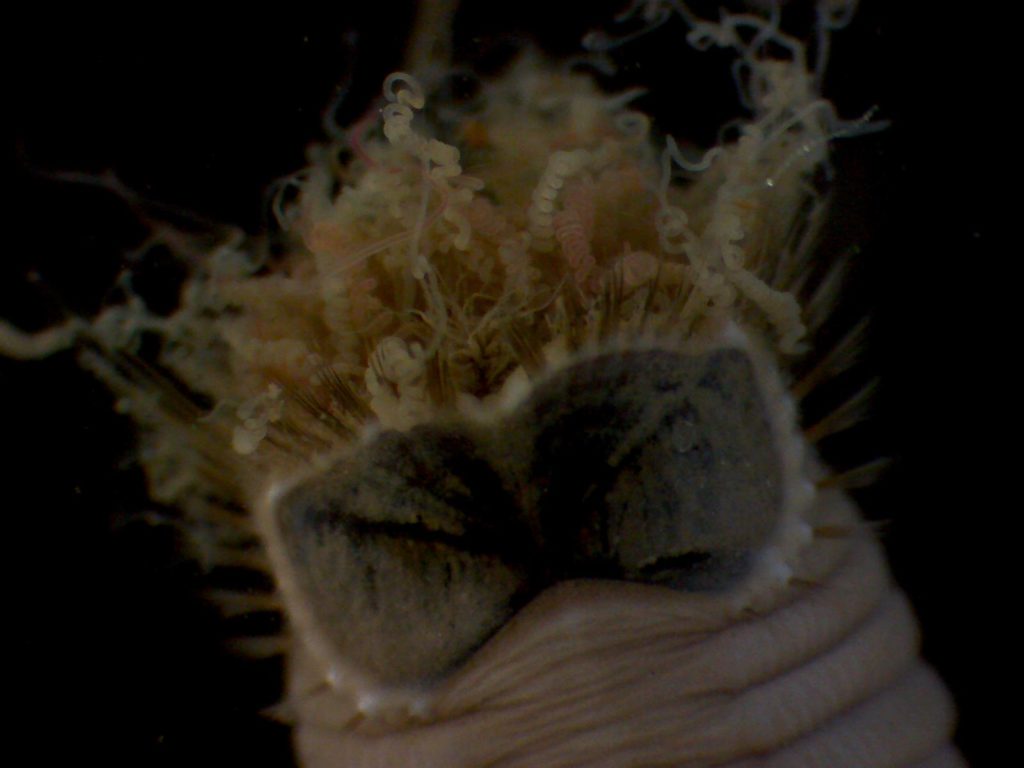 This worm is probably a sub-species of Sternaspis scutata. This group of worms are called ‘mud owls’, and their appearance is rather owlish in this photo – or like someone wearing an eye mask and sporting a bit of a bed head! These worms live life with their heads buried in the sand (or mud) literally, they breathe through their bottom parts so keep those raised up for better oxygen interchange. We are waiting for DNA barcoding results to come back to see how our worm fits into this complicated group. 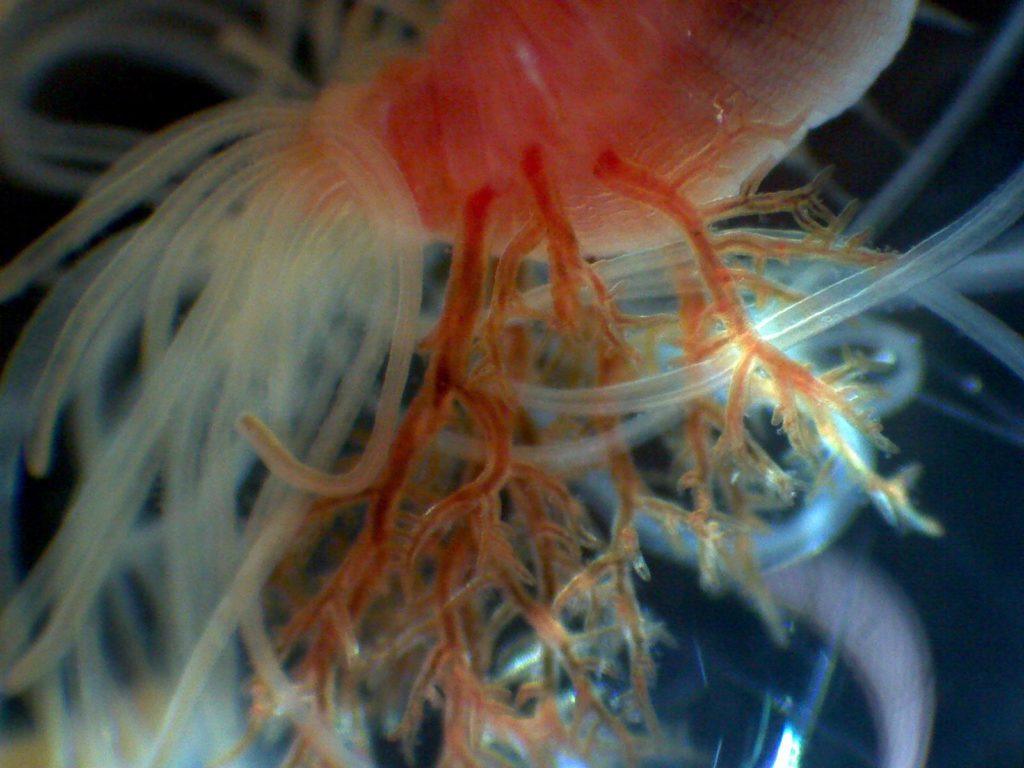 Terebella comes from the Latin terebro, which means borer and lapidaria comes from lapidarius, meaning belonging to stones. Fittingly, this species likes to live in crevices in rocks and makes a tube from debris.