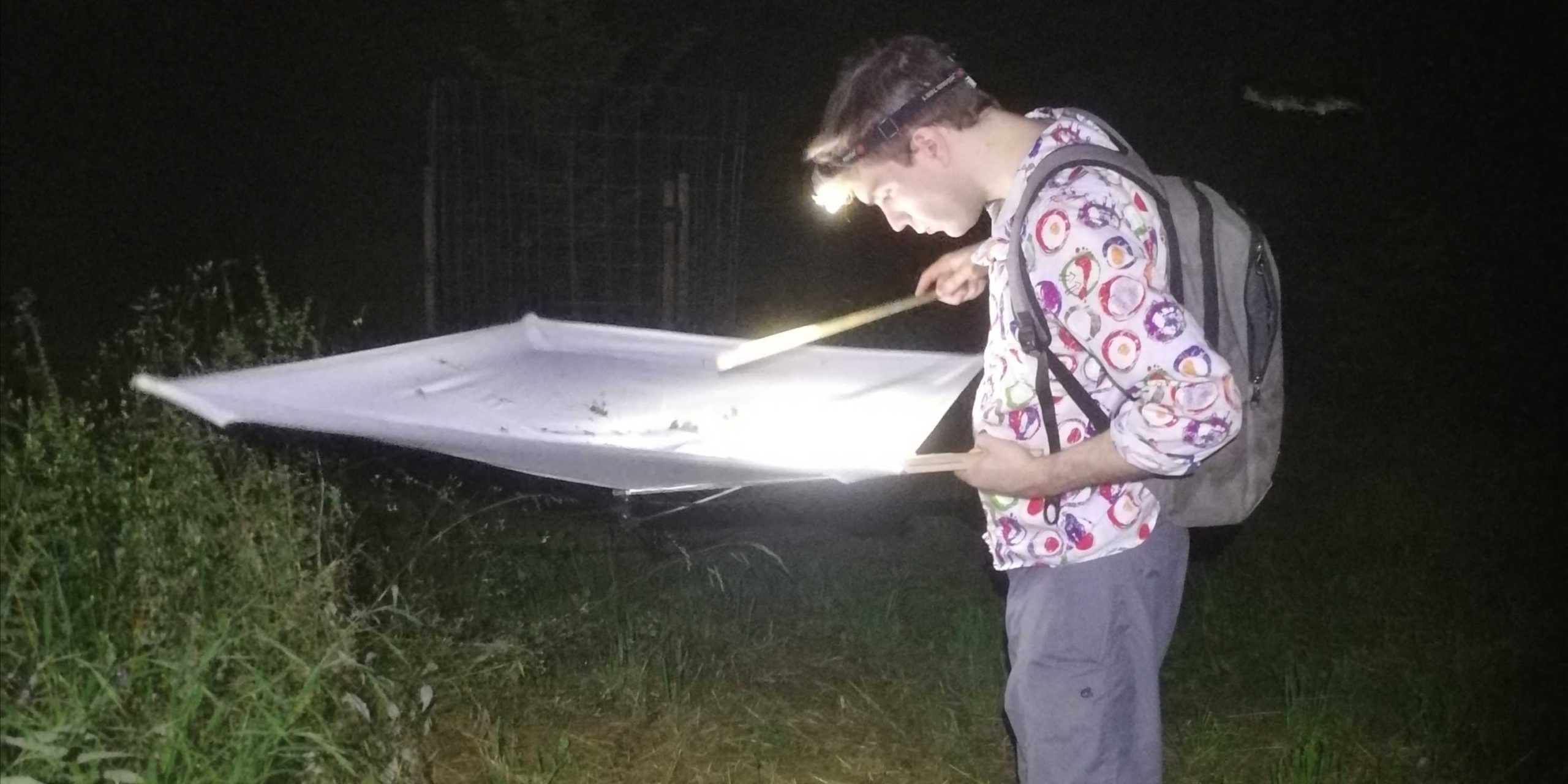 The Darwin Tree of Life project was devastated to learn of the death of our friend, colleague and collaborator Douglas Boyes, aged 25.

Doug was a PhD student at NERC CEH studying the effects of light pollution on moths, and was also establishing a baseline for moth diversity at Wytham Woods. A brilliant natural historian and science communicator, Doug was already well-known among butterfly and moth enthusiasts in the UK and internationally.

Doug provided an astonishing 622 specimens, comprising 443 species, currently being sequenced by the Darwin Tree of Life project (see our pictorial tribute to his efforts below). He is also first author on several of the initial genomes published as Genome Notes. In addition to collecting specimens for the project, Doug helped establish a family-level target list for the project and taught colleagues how to find and rear some of the more difficult groups of moths.

Nocturnal expeditions through woods and reed beds will not be the same without Doug’s energy and enthusiasm, nor the jeopardy of seeing whether Doug’s car would get stuck in the mud, again. An expert in moth identification and ecology, Doug’s knowledge, energy and generosity will be missed by us all greatly.