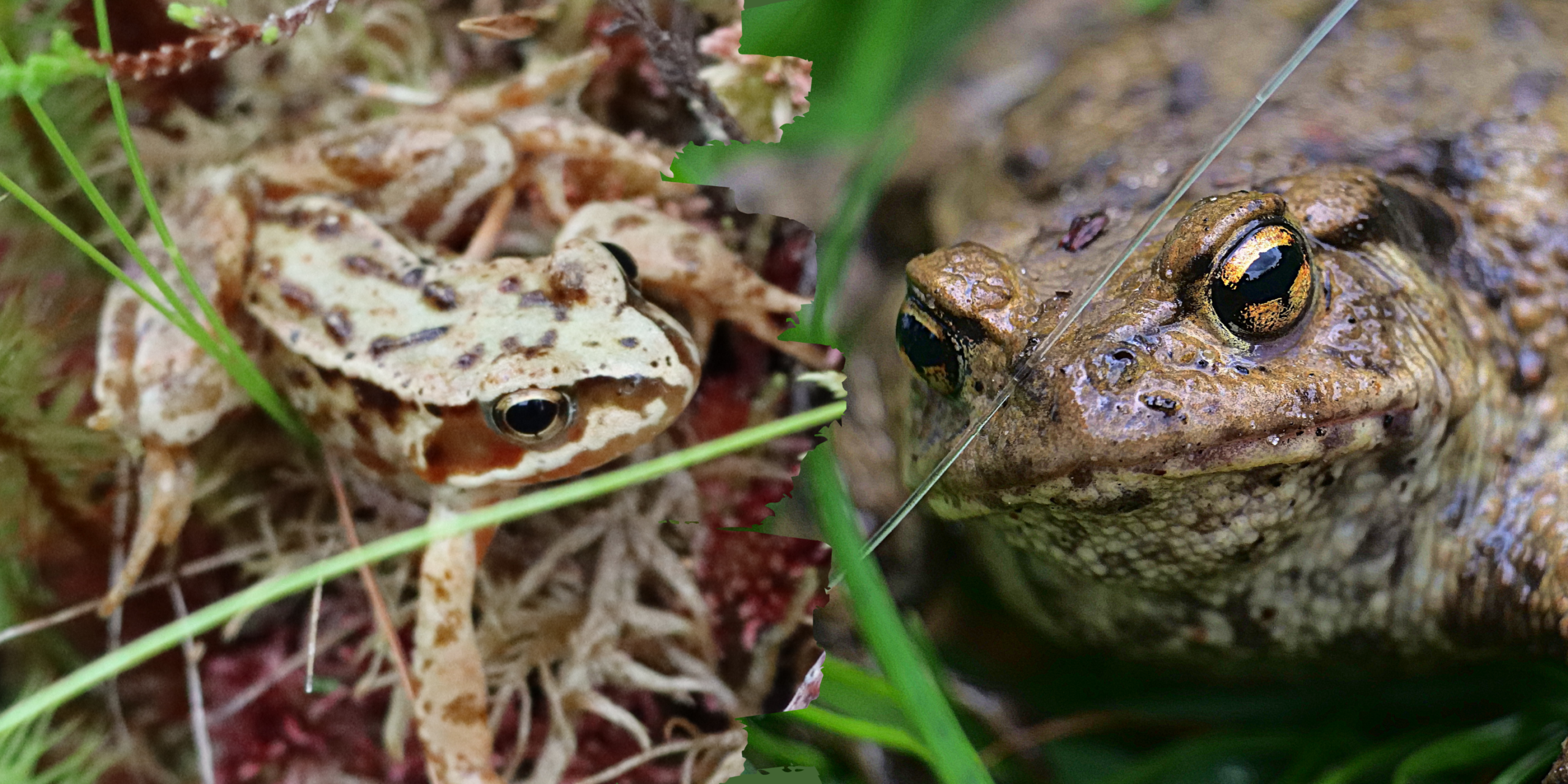 Warts and all: The differences between frogs and toads

The Darwin Tree of Life project has sequenced and published the genomes of two amphibians: the common frog (Rana temporaria) and common toad (Bufo bufo). But what do we mean when we use the terms “frog” and “toad”? What are the differences between them – both physical and evolutionary? And how might sequencing their genomes help us better understand these animals in future?

How to identify frogs and toads in Britain and Ireland

On these islands, the common frog and common toad are the only two widespread species. The natterjack toad (Epidalea calamita) is very rare, having retreated to a few specific locations. Meanwhile the pool frog (Pelophylax lessonae) was previously extinct but is being gradually reintroduced in East Anglia.

Any spotter’s guide will give a few simple identification tips:

Plus, frogs have teeth!

A little-known fact about the common frog is it has a single row of about 40 small teeth on each side of the upper jaw, which help it hold onto prey. The common toad lacks teeth, solely using its powerful jaw to clamp onto prey.

In North America, the eastern narrow-mouthed toad (Gastrophryne carolinensis) has smooth skin and the barking tree frog (Dryophytes gratiosus) has bumpy skin. Meanwhile, the African dwarf clawed  frog (Hymenochirus boettgeri) has no teeth, using its clawed toes to shovel food into its mouth.

What is the evolutionary difference between frogs and toads?

The European common frog and common toad belong to a group of largely carnivorous, short-bodied, tailless amphibians known as anurans (belonging to the order Anura). However, within this order, they belong to different superfamilies: B. bufo to the Hyloidea and R. temporaria to the Ranoidea.

The two families are thought to have started diverging  about 66 million years ago, around the time that dinosaurs (excluding birds) became extinct. 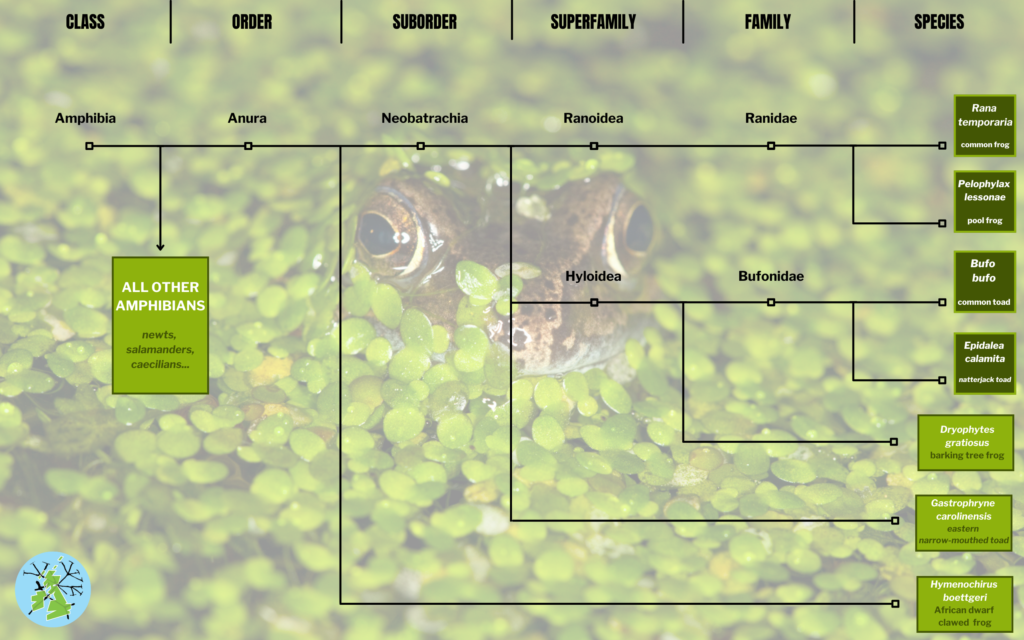 How are the genomes different?

Having now sequenced both genomes, we now know that B. bufo has a larger genome (at 5.04 Gbp) compared to R. temporaria (at 4.11 Gbp).

Genomic research has already begun to explore how the sequence of base pairs in their genomes might have given these species their different characteristics. For example, a recent study has looked at when toads lost their teeth. Having high-quality assemblies of both genomes will support further research in many areas.

Can genomics help these species in different ways?

Unlike the common frog,  British populations of B. bufo have drastically declined in recent decades. The common toad is not as common any more – but genomics may help turn the tide.

For example, toads are affected by several diseases – such as that caused by a chytrid fungus Batrachochytrium dendrobatidis – that can wipe out entire local breeding populations. Using genomics, scientists can look for any subtle differences in the genetic sequences of toad populations that do better against these diseases compared to those which die out. If differences are found, conservationists might then choose to focus their efforts on more genomically vulnerable populations, or to introduce individuals from more resilient populations into the areas where toads are at risk of dying out.

Read this article from the Natural History Museum on how you can help your local anurans.

How else might frog and toad genomes lead to new discoveries?

There are also potential applications for humanity. For example, their sticky secretions might be useful as adhesives or their toxins in medicine and industry. Genomics can reveal which genes are coding the proteins we are interested in recreating.

We might also be able to investigate the impact humans have had on the environment. Amphibian collections at the Natural History Museum and elsewhere have thousands of specimens preserved in alcohol, sometimes dating back centuries. However, these have not been kept sterile and are contaminated with genetic material from other organisms, such as bacteria. Using these new, high-quality reference genomes can help separate the anuran DNA from other contaminants. We might then be able to compare very old frog and toad specimens to modern ones, and see how these animals have been affected as humans pumped pollutants into their environment. Due to their permeable skin letting in such pollutants, anurans are considered to be indicator species which provide an early warning for this man-made damage. The new genomes should prove a powerful tool, unlocking this huge resource we haven’t had access to so far.

This article was written following an interview with Dr. Jeff Streicher, Senior Curator in Charge, Amphibians and Reptiles at the Natural History Museum, London.